Each year, Veeam takes nominations for Veeam Innovation Awards (VIA’s) from partners and customers, in order to highlight some of the great solutions in market that are powered by Veeam software components. This year, we received nearly 50 nominations, which were then vetted by a panel of 18 judges, under the following criteria: Innovation and … Read more 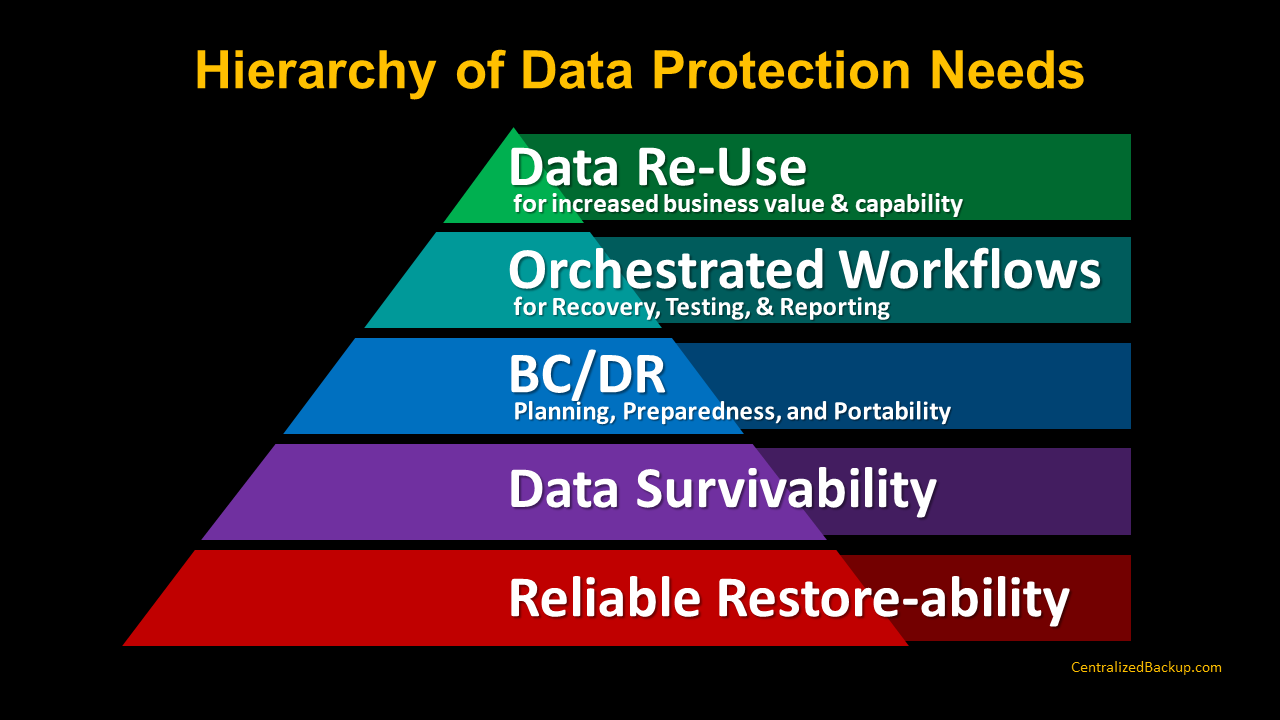 In 1943, Maslow’s Pyramid of Needs described a hierarchy within psychology, whereby until you addressed foundational elements such as Food/Water … you can’t feel safe, you can’t find love, you struggle with self-respect, etc. Data protection actually has a similar hierarchy (starting from the bottom): Reliable Restore-ability The most basic need of any data protection scenario … Read more

In support of World Backup Day 2020, here is a relatively short (12m) video on the Hierarchy of Needs in Data Protection.  For those familiar with the original psychology, Maslow’s Pyramid of Needs described that until you’ve met the foundational elements of food, water, shelter (layer one), you couldn’t really feel safe (layer two), have … Read more

Last week, we discussed how there is no such thing as “the cloud” — but instead, there are multiple types of cloud-based services that affect both your production and your protection strategies. Even if we just focus on Backup-as-a-Service (BaaS) or Disaster-Recovery-as-a-Service (DRaaS), or the use of cloud-based storage in complement to an on-premises backup … Read more

For the last three weeks, we covered “the problem” which is a reality gap between what business units are expecting and what IT is able to deliver in terms of IT systems’ uptime and assurance against data loss. We covered that from both a technical solutions perspective and a business perspective. For the next two weeks, … Read more