I had pre-blogged before this event about looking for the unified narrative that knits together a breadth of DP products in a more focused way via the newly (re)formed Data Protection Division within the Dell EMC institution.

Check out my earlier post: Looking Forward to Backing Up at Dell EMC World 2017.

The audience didn’t hear a focused story or vision that Dell EMC has an impressively broad and comprehensive portfolio of products or capabilities … other than the newly announced Integrated Data Protection Appliance (IDPA). Spoiler alert: Dell EMC had impressive breadth before they stuck most of their goodies in one box. With that feedback out of the way, let’s talk about the IDPA. 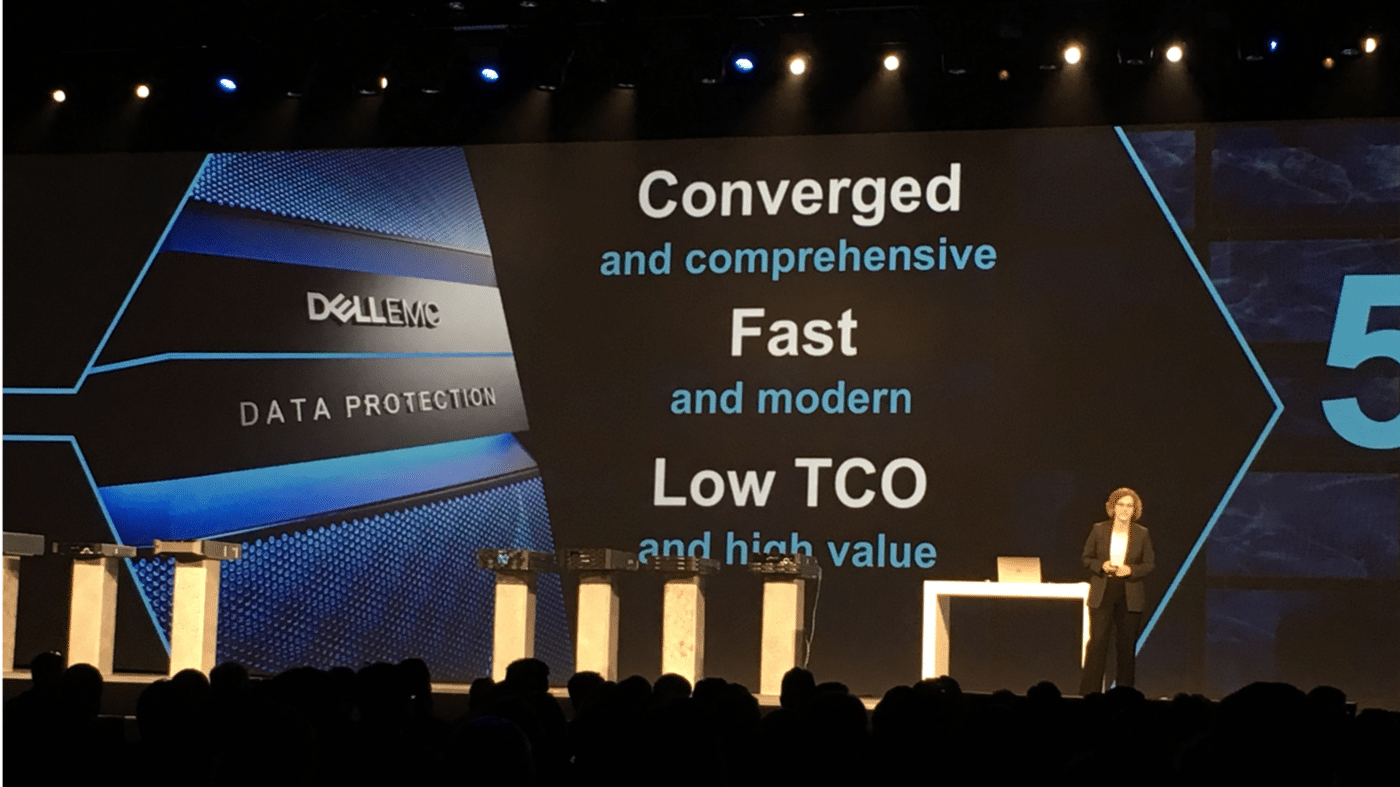 On its own, the IDPA is an impressive offering that combines the Dell EMC DP Suite software with a Data Domain target in a ‘converged’ data protection appliance that includes the data movers and the deduplication capacity within a single appliance/rack. As a turnkey stack, the IDPA boasts of 10X faster deployment than standalone components … 55:1 deduplication ratio … 1 management interface.

Candidly, to me, they missed telling what I think is the most powerful and differentiable aspect of the IDPA, the foundation of Data Domain, that also includes an enterprise-capable data moving software for backups.

Typical purpose-built backup appliances (meaning other turnkey backup software plus storage repositories, delivered as appliances) can be phenomenal building blocks for data protection that provide ease-of-acquisition and ease-of-deployment due to the appliance form-factor. BUT, most backup appliances are still limited by the desirability of the backup software within it, which are often supplemented with other data protection software mechanisms across the environment – e.g., virtualization-specific backup, database-backup plug-ins such as Oracle RMAN, etc. – and that is where the IDPA does something really special.

For those folks that are running Oracle RMAN or a virtualization backup product or something else that requires its own backup mechanisms, they can write directly to the IDPA Data Domain repository via their typical DD-Boost tools … and “for everything else (to be backed up), there is the IDPA backup software.”  There is probably a little exaggeration there, but the idea that the IDPA provides a single protection platform for not only the workloads that it protects, but also for the workloads that complementary backup software protects, is really compelling. No knocks on the Dell EMC DP Suite software within the IDPA solution stack, but in that regard, it is gated on the compelling-ness of that software like any other backup appliances’ appeal based on their underlying software. Instead, to provide a stack that consolidates protection storage while also delivering its own backups for anything not requiring a specialized approach is super-interesting.

Dell EMC also made announcements around enhanced cloud scenarios for its data protection products, including the ability to run DD VE as a cloud-hosted appliance, for use in AWS & Azure hosted environments, as well as for peer-replication from on-prem Data Domain appliances (physical and virtual), all of which continue to prove that Dell EMC is focused on evolving beyond ‘just’ data centers.

I am beyond delighted that Dell EMC is again organizationally aligned around Data Protection (see earlier blog)… and the IDPA is its new marquee offering that epitomizes much of its portfolio with significantly decreased time‑to‑value.

As always, thanks for reading … and watching.